Prodrive is a British motorsport and advanced engineering group based in Banbury, Oxfordshire, England. It designs, constructs and races cars for companies and teams such as Aston Martin, Bahrain Raid Xtreme and Team X44.

In 2006 Prodrive P2 was presented. It is a prototype two-seater sports car designed, engineered and built by Prodrive at its Banbury and Warwick sites. The car is based on the platform of the Subaru R1 kei car and has a modified Subaru Impreza WRX STi engine along with many Prodrive systems originally designed for their World Championship and Sports Car Racing programmes. The car's styling was done by Peter Stevens, who also designed the McLaren F1. The car includes rally-inspired anti-lag to prevent turbo lag, as well as an active center and active rear differential that maximizes grip.

In March, 2022 Prodrive Hunter was introduced. It is a 600 bhp, four-wheel drive all-terrain adventure vehicle with an unrivalled ability and performance across any landscape.

Born out of the Bahrain Raid Xtreme competition car driven by nine-time World Champion, Sebastien Loeb, to compete on the toughest motorsport race in the world the Dakar, it thrives in desert sand, dunes and rough mountain tracks. Indeed, this Hunter is even more extreme than that driven by Loeb, with a 50% increase in power from the 3.5 litre V6 twin turbo engine and more suspension travel to absorb the harshest of terrain. 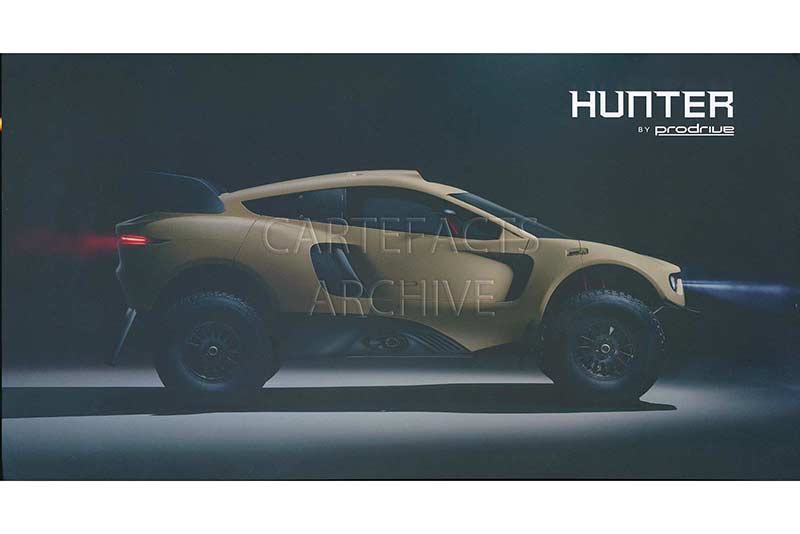